First Thanksgiving? What About the First Roof?

Home/Residential/First Thanksgiving? What About the First Roof?
Previous Next

First Thanksgiving? What About the First Roof?

It’s Thanksgiving in America, a time of year when conversations surrounding pilgrims, turkeys and feasts become more common than your everyday fare.

VanWeelden Co. got to thinking about the things for which people are typically thankful – jobs, families, a dependable car, season tickets and the like – so we decided to explore an early invention that so many of us are grateful for today.

The roof over our heads. 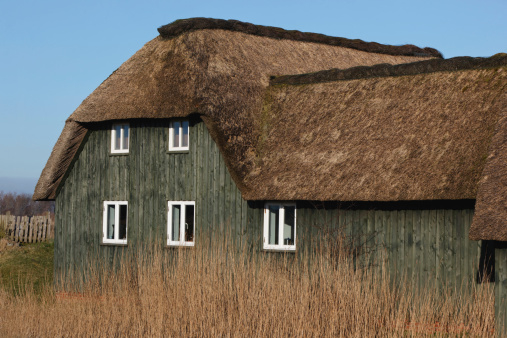 For a very, very long time, man and womankind have been affixing structures to the top of buildings to protect humans and animals from the sun, wind, rain, snow and other nasty – yes, Iowa-winter nasty – elements of nature.

After a little first roof research – okay, Wikipedia, too – we uncovered some facts about the earliest types of roofs and figured in the spirit of the holidays why not share a few of them with you.

For instance, did you know the first metal shingles were small flat rectangles with surviving examples dating back to 1819 from historic buildings at the University of Virginia in Charlottesville?

Yet we’re almost positive you’re aware that the world has come a long way since the time in which homes and workplaces were covered by nothing much more than a little thatch, straw, branches and maybe some reeds.

Toss in timbers, clay, trusses, rafters and the invention of brick or cut stone for building, and our ancestors were well on their way to developing old-school dome and vault roofs. Fast-forward to the 19th century, and new-fangled waterproofing materials – combined with concrete and steel – led us to the modern era filled with more practical flat or sloped roofs made out of wood, metal, tile, asphalt or slate.

Now, we won’t bore you with the “Structural definition of and comparison of early medieval roof structures.” But we will say that early cavemen reportedly capped their homes with plant materials, uncovering the value of “green” roofs before rooftop gardens were cool. In China, roofers may have been producing glazed clay tile roofs more than 5,000 years ago.

Of course, that is neither confirmed nor denied. What we do know is that you can’t believe everything you read. And above all, VanWeelden Co. wants to say we’re as thankful for our customers as we are the proverbial “roof over our heads.”

Here’s another thing to remember: If your roof is starting to look like it’s been around since the first Thanksgiving – or the beginning of time – we think it’s always a good idea to visit a trusted source before inviting someone to tiptoe around the chimney.