Replacing the roof or siding on a Des Moines-area home could increase its resale value, with an exterior improvement allowing you to enjoy years of quality workmanship while at the same time bolstering curb appeal.

According to regional city data collected for the 2014 Cost vs. Value report by Remodeling Magazine, 63 percent of the cost to replace a roof in Greater Des Moines could be recouped upon resale. 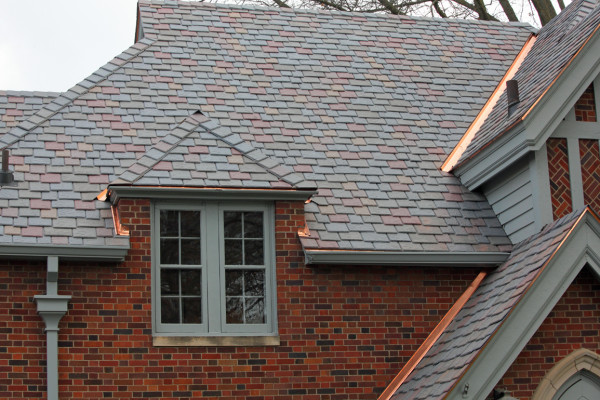 This South of Grand home was transformed with a slate roof by DaVinci Roofscapes.

Sixty-seven percent of the cost to improve your home with fiber-cement siding could also be recouped, with the return on investment for the addition of a composite deck or vinyl windows estimated to be 53 percent and 58 percent, respectively.

“Eight of the top 10 most cost-effective projects nationally, in terms of value recouped, are exterior projects,” said the National Association of Realtors in a release. “A wood deck addition came in second with an estimated 87.4 percent of costs recouped upon resale.” The organization also noted that two different siding replacement projects landed in the top 10, nationally. That includes fiber-cement siding, which is expected to return 87 percent of costs and – out of the top 10 projects – was the most improved since last year in terms of cost recouped.

This year also marks the first time in 48 months that improved resale value of residential housing had more of an impact on the cost-value ratio than construction costs. New roofs, siding or windows not only project and beautify the home, but can also increase both comfort and efficiency in the home.

For more information about the anticipated return on investment for an exterior remodeling project in Des Moines or across Iowa, contact VanWeelden Co. today.

“Realtors know what home features are important to buyers in their area, but a home’s curb appeal is always critical since it’s the first impression for potential buyers,” said the Realtors association, noting that each neighborhood is different and that the resale value of a particular remodeling project varies by both region and metro area. “That’s why exterior replacement projects offer the greatest bang for the buck.”